On December 3rd photographer Merijn Soeters will release his book ‘Ten years by the Water’. The book is a compilation of Soeters’ best rowing photos taken between 2007 and 2017. 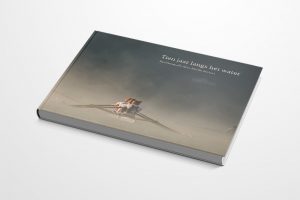 This coffee table book collects nearly 250 photos of rowers, with an emphasis on the Dutch. It combines images of Dutch amateur athletes with incredible images of elite athletes during European and World Rowing Championships located around the world. It depicts the sport of rowing sport in all its beauty on Dutch and international waters. With his wide overviews and personal close-ups Soeters hands his audience a broad but intimate view of the sport.

Never before has a Dutch photographer published a book on rowing. “It was high time for me to create this book,” Soeters says, “in the world of rowing you get really close to the athlete. So, in ten years’ time I have been able to shoot many special moments. I really wanted to share my favourite moments, as one collection, on large-sized paper. Some images have never been published before. I want people to see and feel these photos.”

Reigning Olympic Champion Maaike Head wrote a preface for the book, “The feeling from the memories of my career is hard to describe with words,” she says. “That is why the photos that Merijn took during my rowing career are so valuable. They help me to hold on to the memories from this special period in my life.” 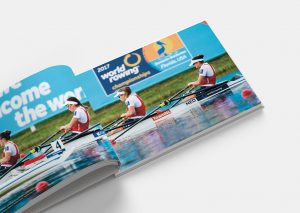 Merijn Soeters works as a freelance photographer for numerous papers and magazines and is regarded as the primary photographer for, amongst others, the Dutch Royal Rowing Federation. His style is to be described as journalistic storytelling with great attention for detail and aesthetics.

‘Ten years by the water’ has an English translation included. It is privately published in horizontal format: 30*24cm (12’ * 9 ½’). It weighs about two kilos and can be ordered via www.merijnsoeters.com.

Book can be ordered via this link.